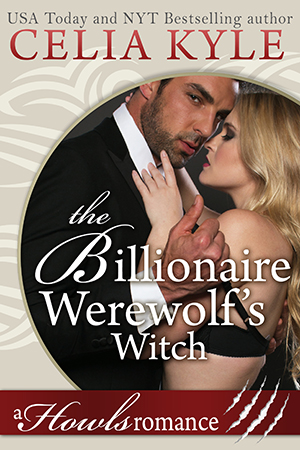 Rachel Riordan is not a lawyer. Not even on TV. She's a secretary, and not a very good one at that. But when billionaire Grant Hemming, President of Hemming Industries, asks her to look over a contract, she does as she's told. Since, in addition to signing her paychecks, he's superhot.

In between reading clauses and sharing kisses, several things come to light:

She's a witch. (They happen to be hated by the werewolves.)
He's a werewolf. (Remember, they hate the witches.)
They're mates. (Talk about awkward.)

And, oh, vampires want them both dead. Isn't that just like them?