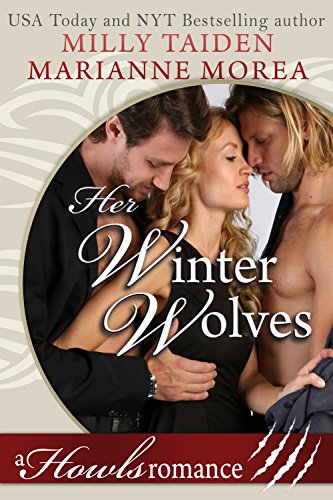 This very modern take on the tale of Snow White isn't for the faint of heart. Grace Snow is a marketing genius and the heir to Snow Industries, a cosmetics conglomerate. Looking to bring the company into the 21st century isn’t as simple as she wishes. Not with her stepmother making every move a tug-of-war. Grace’s new app, Mirror-Mirror, can rebrand them as fresh and new for a younger generation. That’s only if she can keep her stepmother and her vindictiveness away from her plans. Good luck with that!Wolf shifter, Adam Hunt, has been the company’s Head of Security since Grace was a teen. Hired to look after Gracie’s well-being, he’s crossed the evil stepmother one too many times and now she’s blackmailing him to do her bidding. What she doesn’t know is he’s the Omega of his pack, and together he and their Alpha, Zach Cassidy, will protect and defend Grace even at the cost of their own lives.Grace is their mate. The one destined to complete their Triad. She has no idea that she’s about to become part of the sexiest relationship of her life. Jealousy and greed push her stepmother to get rid of Grace. Gracie might not be ready for what’s coming her way—not the two sexiest men she’ll ever want or the poison conjured by her stepmother, but she knows what she wants and isn’t afraid to fight.