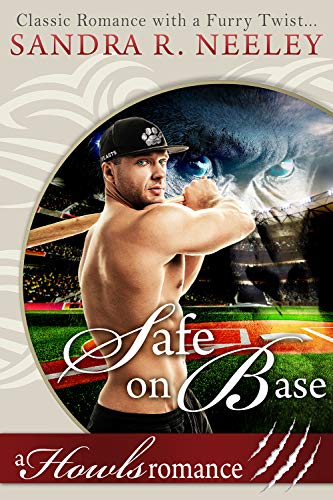 Basilio is the epitome of the rich, professional athlete overindulging in wine, women, and partying. He’s lived that life for so long he’s had more than his fill. All he wants is to find his mate. Basilio, or Base, as he’s known to all the baseball world, is a Primate shifter, a Silverback Gorilla to be exact. But none of the people in his inner circle know he’s anything other than human. He’s growing disenchanted quickly. Then, one day he literally runs into her, his mate, or she runs into him. She keeps her head down, working to clean their locker room, while doing her best to avoid the lewd, offensive remarks of some of his teammates. Turning on his teammates, Base defends her, but before he can catch up to his mate – she disappears, leaving him to run after her like a lovesick puppy…er, Gorilla.Renata is a single mother struggling to survive. She’s got to do more than just make ends meet. She’s got to keep her head down, wary at all times to be sure she’s not noticed by anyone. Renata’s been on the run for almost four years now. The man she’s running from is her ex, her son’s father. He’s a shifter, and he’s determined to return Renata to his harem of females and to brutally raise her son to take his place as Prime of their troop. He hid his true nature from Renata until she’d delivered a male heir, but there’s no way in hell she’ll allow him to brutalize her sweet baby or herself. Now that she’s aware shifters exist and just how dangerous they are, she’ll never make that mistake again. So, she ran, and she keeps running. Every time anyone pays even the smallest bit of attention to her and her son, she’s off again.A Major League pitcher accustomed to the limelight and a quiet, shy single mother, determined to stay out of it. Can they find a way to work out their differences and become what the other needs? Or will they end up torn apart and bleeding – possibly quite literally – as they struggle to survive the mating instinct?