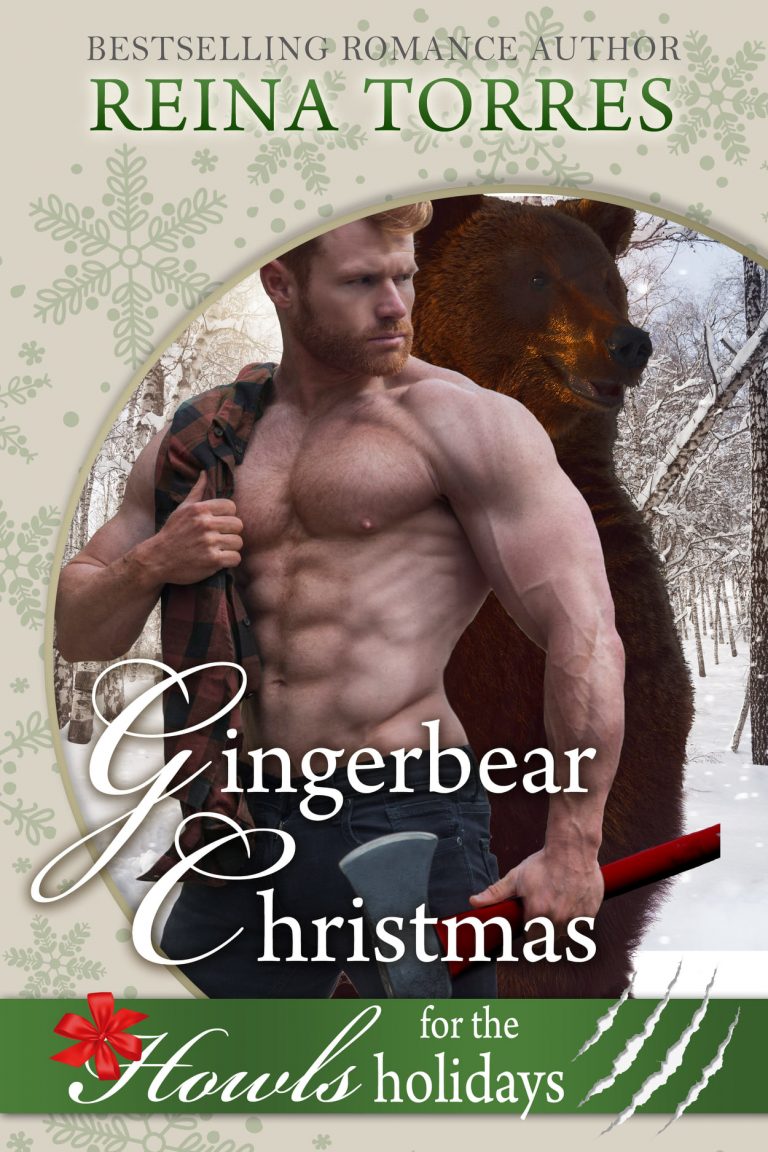 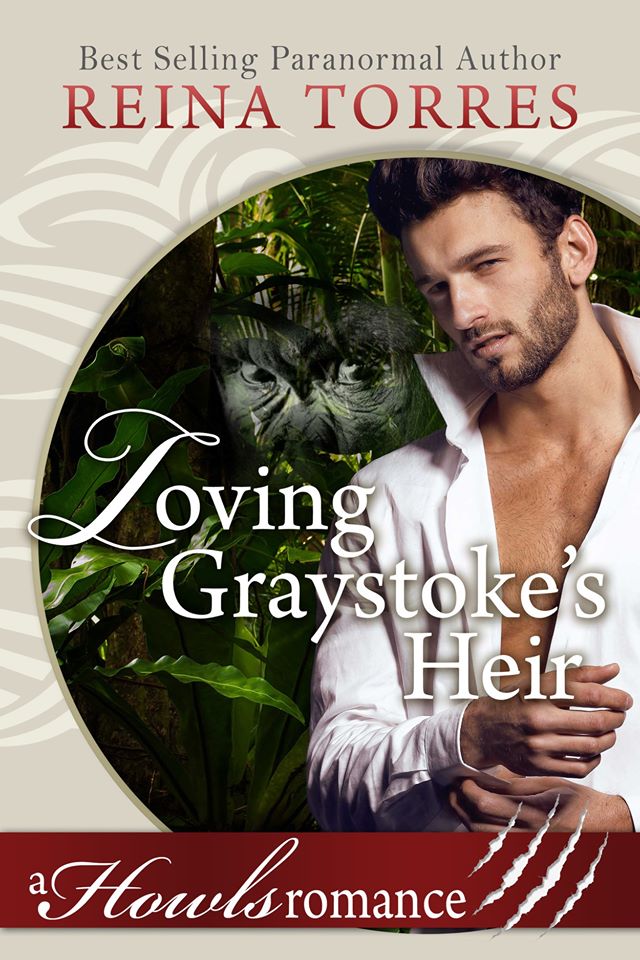 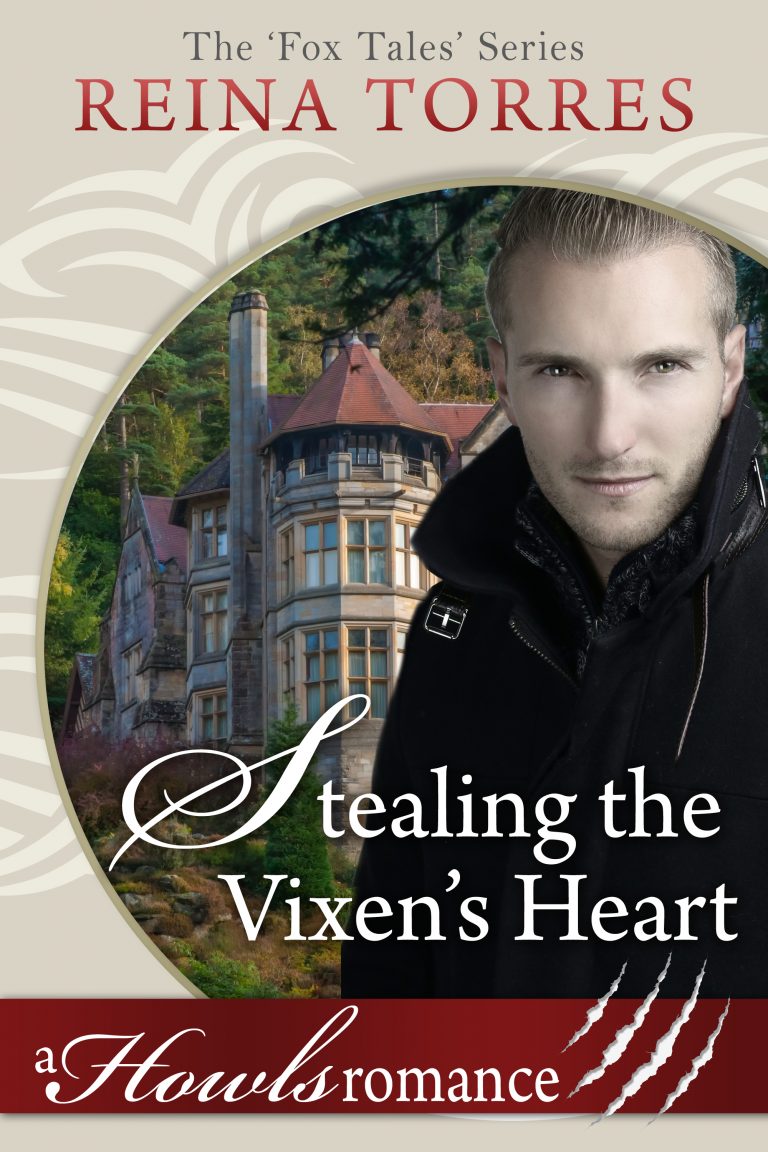 Armand Vincens was raised with a hate for injustice and a need for retribution and that’s why he’d found a way to learn the tricks and trade of every thief he could find. Finally back in France, the land of his ancestors, he’s finally ready to steal the evidence that would prove his grandfather innocent of his crimes.

His first foray into his ancestral home wasn’t what he expected. Instead of the proof he so desperately needed, he ended up face to face with a woman whose face was as foreign as the feelings she inspired in his heart. In that one moment, his plans changed.

Freeing her became his priority. If the proof of his grandfather’s innocence has remained intact for more than fifty years, it would be there for another week or two, but what about her?

But she refused to leave. Refused to go with him, saying that his distant ancestor hadn’t just taken her captive, he’d stolen her soul.

He’d scoffed at first. What a fanciful claim that had him questioning her sanity, until he saw her shift. Saw this beautiful woman seemingly dissolve before his eyes and what remained was a beautiful russet fox with dark glittering eyes and a full bushy tail.

What was he to do when faced with this magnificent creature?

Free her from her bonds, save her soul… and just maybe save his own as well. 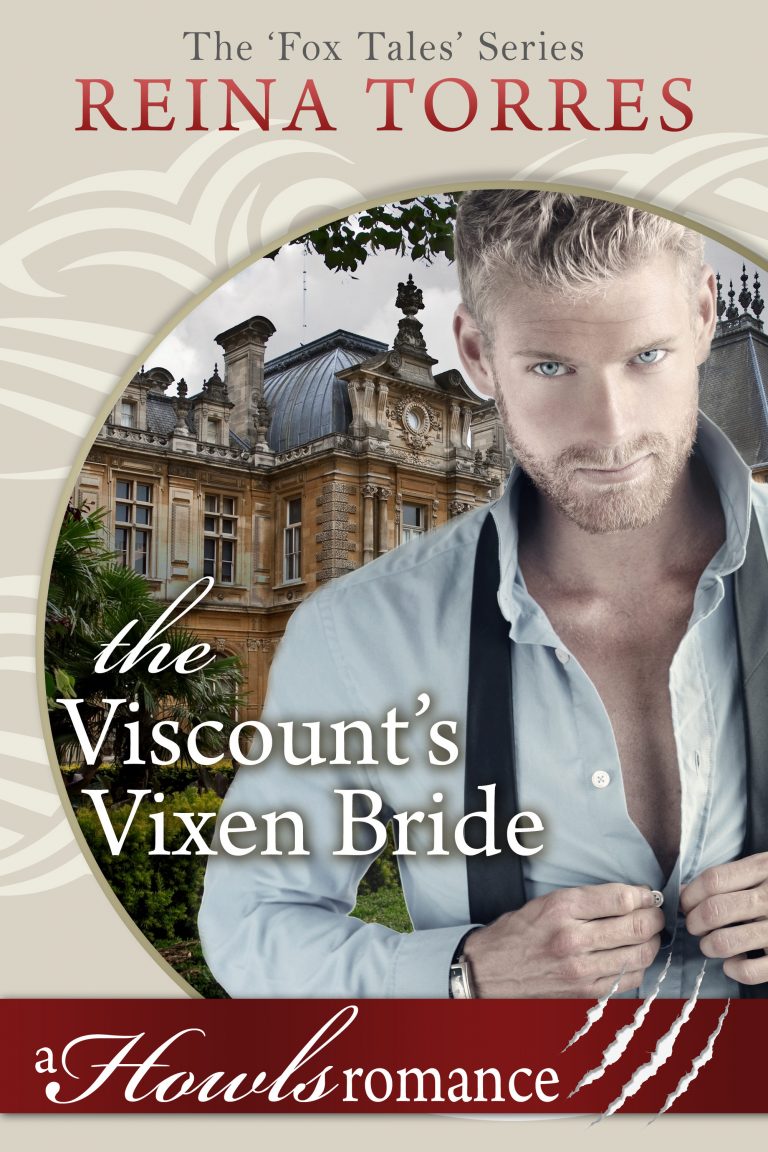 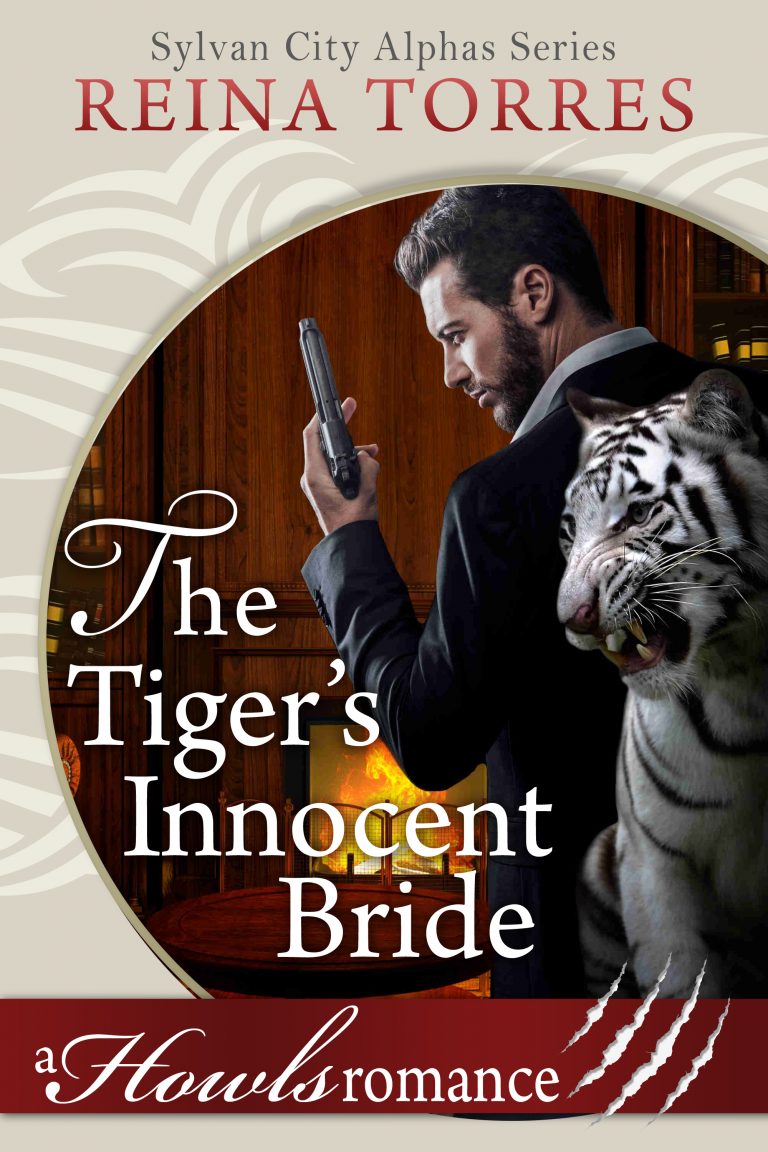 Every day was a struggle for Tiger Shifter, Devlin Kerr. Booted from one Police Department due to his ‘questionable attitude,’ he’d landed in Sylvan City determined to give the career another go.

Three weeks of more bullshit and inside politics was already souring him on law enforcement all together when his Captain suckers him into working extra security at a society event.

A society event that ends in gunfire and blood.

And smack dab in the middle of the crosshairs? His mate.

Secrets be damned, Devlin did what it took to save her and suddenly danger is coming at them from everywhere.

Death, he could handle. Mayhem? Sure, just another walk in the park.

People going after his mate? That wasn’t going to fly. He was going to do whatever it took to keep her safe from danger…

…but who was going to keep Paige Lundin safe from him?

Less than a day after they’d met, she was The Tiger’s Innocent Bride. 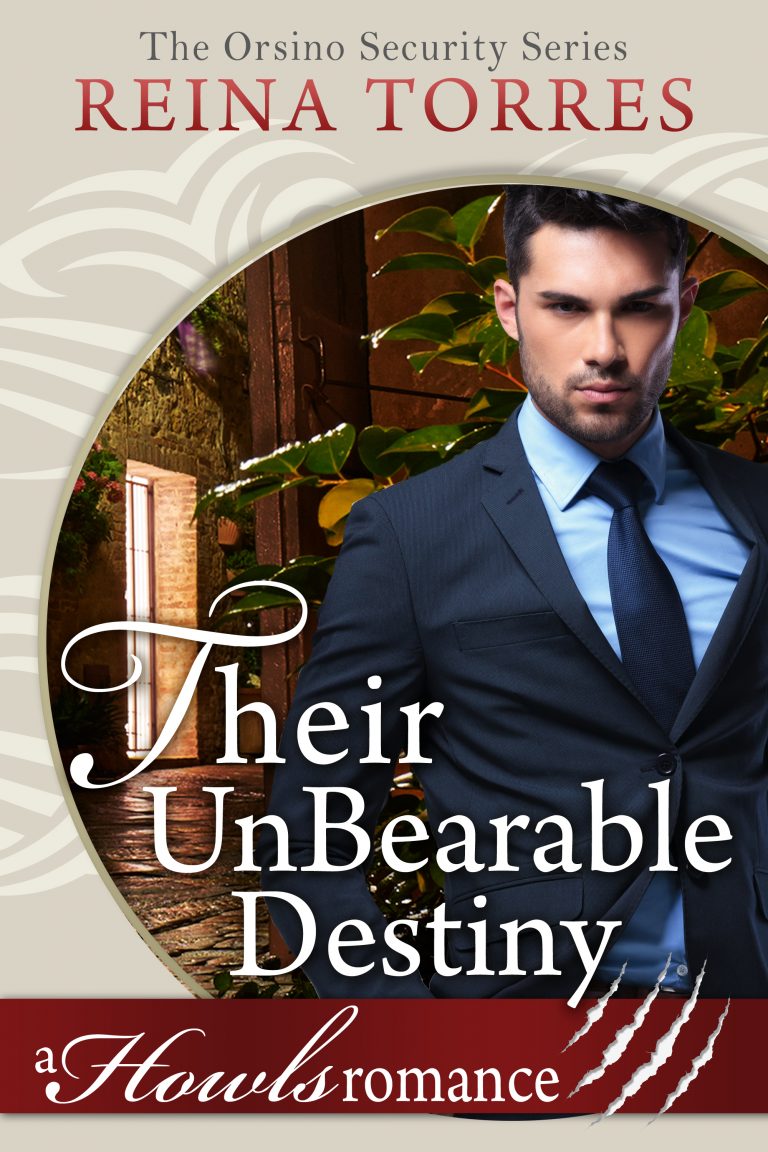 Book 3 of "The Orsino Security Series"

No matter how much they tried to stay apart they couldn’t escape the pull between them.Uberto was the youngest of the three Orsino brothers, but he’s no baby bear. Called back their ancestral village in Italy, it takes one chance meeting on the cobblestone street to bring his past rushing back into his life. Has he learned enough to earn his mate’s forgiveness? Or is he still the odd bear out? Emiliana Bruno was unique. A female bear shifter hadn’t been born into their clan for generations, to the point where it had seemed only a legend. When she became Uberto’s mate she expected to be his equal as well, but there was a fine line between gentleman and chauvinist. It broke her when he left, even if she told him to go. Now, he’s back and she knows she not only has to fight her father’s antiquated views, it will be Uberto, too.Emiliana’s plans to keep their relationship all ‘business’ to help protect the clan and their town goes just about as well as the ultimatums that they threw at each other a decade ago. Only this time instead of throwing down a gauntlet, it’s pieces of clothing. Will these two mates finally see eye to eye or are the obstacles between them as final as they are deadly? 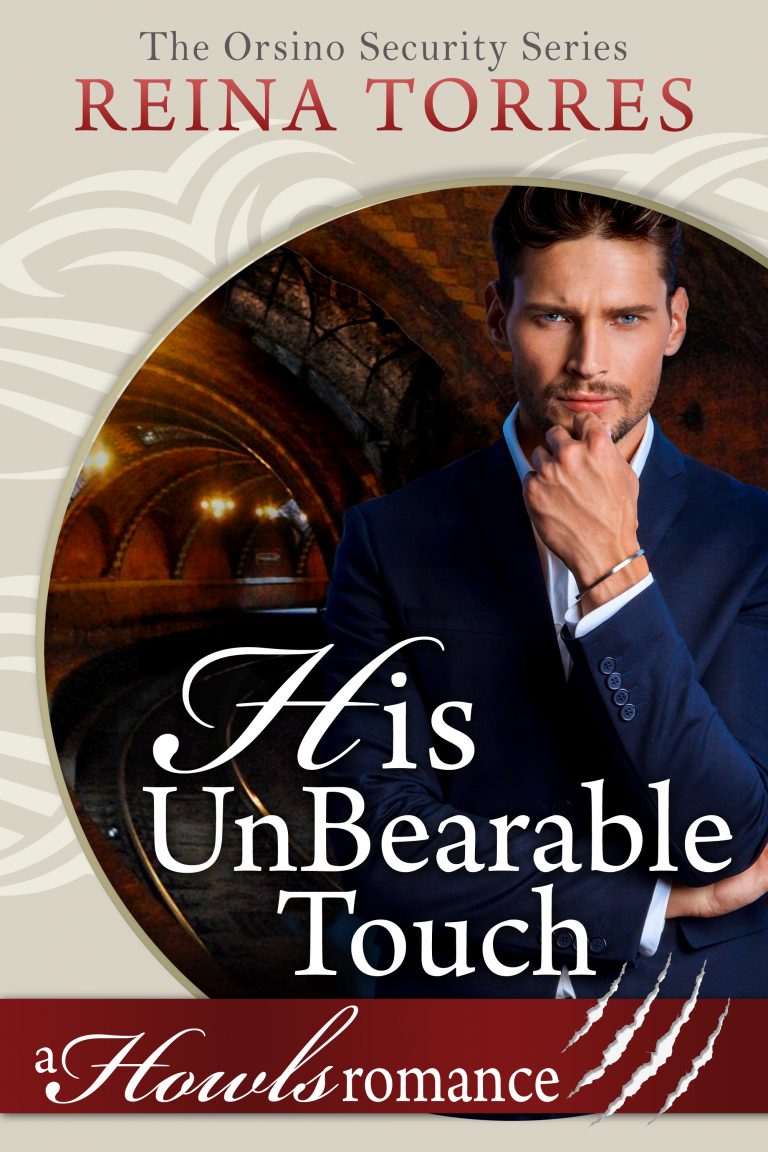 She was a woman who lived in the dark – She brought light into his lonely world – If he lost her, he’d lose more than just his heart, he may lose the rest of his humanity.

Ten years ago, Bear Shifter Valerio Orsino followed his heart and moved from Italy to America searching for his mate. There was one moment when he felt as though he’d come so very close, only to have the feeling slip away like a ghost, and so he stayed hoping that Fate would play his hand. His brothers followed him to NY and now, his older brother, Salvatore, is happily mated. Valerio feels her presence again, and even if his younger brother scoffs at the idea, everyone else encourages him to look again. An odd twist of fate puts him in the right place to be a hero, but unlike the countless times he has assisted other people, the woman he finds in his arms just may save him… the curvy beauty is his mate, his love, his destiny… and she’s blind.

Allegra Rossetti has lived in darkness for nearly a decade. After a vicious attack left her blind and withdrawn, she gave up on her music and enjoying life. As time went on, the music that lived in her heart would not be denied and she made the decision to step back into the world outside of her apartment building, if only to share her music with others. It took every ounce of her courage to step outside, to breathe the crisp fall air of Central Park, and trust that this time around life wouldn’t be so cruel to her.

A careless error by an overzealous friend puts Allegra in danger and when she’s pulled from one unexpected embrace into another, she is astonished at her reaction. Jealousy took her sight and left her with a fear of intimacy, but with Valerio she finds herself reaching out instead of pulling away.

A vengeful heart threatens to pull them apart and extinguish her light forever. Could Valerio lose what has taken him a lifetime to find? Will Allegra trust him enough to take the leap?

This is the Book 2 of 3 in The Orsino Security Series. The first book, "Her UnBearable Protector" tells the story of the eldest Orsino Brother, Salvatore, who is hired to protect a feisty and full-figured fashion designer and finds his match in more ways than one. The third book will tell the story of the youngest Orsino brother, Uberto. 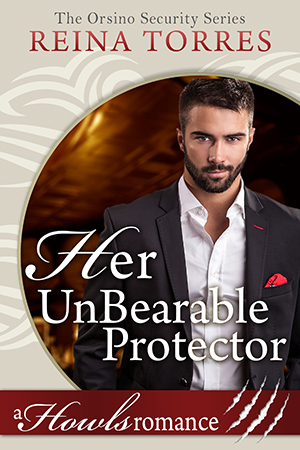 The head of Orsino Security was hired to protect her for a week. Instead, his inner bear wants to claim her forever.

It takes one look for bear shifter Salvatore Orsino to know that Natale Durante isn't just his client… she’s his mate. His first instinct is to lay Natale’s curvaceous body over his shoulder, find a den, and claim her with his bite. But, this beautiful head-strong woman only grudgingly endures his protection even as she welcomes him in her bed. He’ll have to set aside his bear’s need to mark her until he’s eliminated the threat to her life. Once she’s safe, he’ll turn all his energies convincing her that he isn’t after a short-term dalliance, he wants her, with him… forever.

Natale Durante knows that Durante Fashion House is on its last legs. Her new line, designed for women of every size and shape, is her last attempt at saving her family’s legacy.  But there are those in high fashion who prefer that things stay the same—curves belong on the road, not the runway.  When complaints and hate mail escalate to threats of bodily harm, her father hires a bodyguard—Salvatore Orsino. He’s over six feet of deliciously seductive muscular male and a distraction she can’t afford.  One look from him and she wants her infuriatingly persistent protector to rip off her clothes with his teeth, or she might do the same to him.

Can Salvatore eliminate the threats to Natale or will he lose her before he has a chance to claim her?