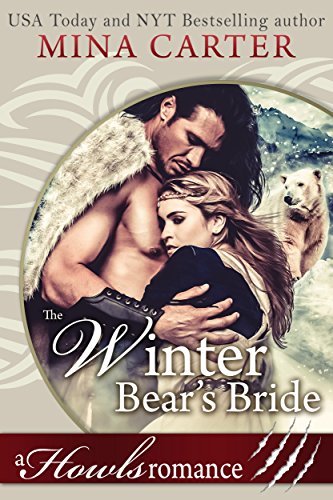 To stop a war, she must become his.Analise, daughter of the Bear Elder, has status and luxury, though she’s a prisoner of her birth and despised by her father because she’s not the alpha son he needs. She keeps her head down and hoards lost knowledge that nearly destroyed the planet. She dreams of escape, but then her father decides it’s time for her to marry.He’s hated her and all she represents for years. But once he meets her…Scar, rebel leader and were-polar bear, wants nothing more than to burn the clan system to the ground. It’s cruel, unfair, and dedicated to keeping most of the populace in its place. To do so, he needs to take out the Bear Elder and his scheming daughter. As soon as he sees the delicate beauty of his enemy, though, all he can think of is making her his. And he’s prepared to go to war to do so.Not all battles are fought in the field. Some are of the heart, and he intends to win hers, whatever it takes. The trouble is, what it takes might be all he has…